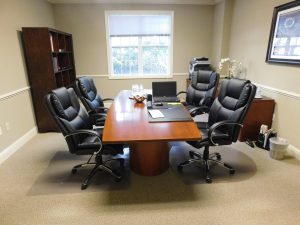 There are a several Georgia divorce myths that are continually repeated for various reasons, leading to a lot of confusion about how divorce works in Georgia. Often times, information that would be valid in another state or even another county in Georgia, will not apply to where you live.  It is worth addressing these Georgia divorce myths so that should you find yourself going through the divorce process, you will be informed and thus less likely to be find yourself encountering any unwanted surprises.

If the other parent does not pay child support, you can keep them from visiting the children.

In Georgia, this is false. It is worth noting that visitation rights and child support are different issues.  While they do influence each other, failure of the other party does not provide a legal excuse to deny visitation.  If one parent falls behind on child support payment the appropriate action would be to resolve it in court thought a contempt action.  It is also important to remember that child support is not leverage for visiting rights as the judge may see this as an improper use of the children to get money from the other parent.

Committing adultery means that the guilty party gets nothing.

To the court, divorce may be more viewed as an economic unit splitting up and less as a husband and wife divorcing each other because they no longer love each other.  Adultery is one of the grounds for divorce in the state of Georgia but it has to be proved and that takes time and resources.  While adultery is a bar to alimony under Georgia law, it does not mean the other party will not receive an equitable division of marital property.  Keep in mind that even if adultery is the reason for a divorce, it will necessary play a big party in the division of marital assets, marital debts, child custody and child support.

One of the spouses has the power to deny the other a divorce.

Prior to the introduction of the no-fault divorce, one of the spouses could cold make it so difficult to get a divorce that it seemed almost impossible.  See O.C.G.A. § 19-5-3(13).   Even today, the divorce process can be a bit strenuous and some spouses do try to delay and postpone the divorce, but in the end if one of the spouses is committed to the divorce, it will happen.  Georgia courts routinely grant divorces so long as the person asking for the divorce (the plaintiff or petitioner) can show the court they have met the basic requirements for a divorce.  See 2017 Georgia Code, Title 19 – Domestic Relations, Chapter 5 – Divorce.

The mother will always get primary physical custody of the children and child support.

This is not true in Georgia.  The mother does not automatically always get primary physical custody of the children and child support in a divorce.  It is true that in most cases the mother keeps the children and the father pays child support.  However, since most Georgia divorce cases are uncontested or settle before a trial, this is usually due to the spouses feeling that this arrangement is in the best interest of the children.  In other cases where both parents want custody, it is up to the judge to decide who will get custody based on the best interests of the children, meaning that the judge will determine who will be the better care-taker and nurturer.  In cases where the father wishes to make a an argument that he receive primary physical custody and receive child support from the mother, we usually advise that a request for a Guardian ad Litem be filed with the court, along with all the other necessary preparation.

A lawyer is required for a Georgia divorce.

A lawyer is not technically required for a divorce in Georgia.  Under Georgia law, everyone has the right to represent themselves in any court action.  In fact, in some circumstances, in a divorce that does not involve any children; no significant property to divide, no significant debt to divorce, no alimony or spousal support is wanted or needed, and both of the spouses can agree on the divorce terms, a lawyer may be an unnecessary expense.  However, if debts, assets, children, or spousal support / alimony may be an issues, it is usually in your best interest to at least consult an attorney to keep make sure you are not making any mistakes that you may regret.  Some mistakes we have seen people make in divorce cases when they did not use an experienced Georgia divorce attorney have added up to many thousands of dollars, each year over many years.

Skip a Georgia divorce, you can divorced in one day in Las Vegas.

Unfortunately, absolutely not true.  While it is very easy to get married in Las Vegas, a same day divorce is not possible in Las Vegas, Nevada.  At least one of the spouses needs to be a resident of Nevada for at least six (6) weeks before filing a petition for divorce. After the petition is filed it could take up to ninety (90) days or more for the divorce to be finalized.  If you are already a Georgia resident, and have been living in Georgia for at least five (5) months, it would likely be much less expensive and faster to go ahead and get a divorce in Georgia.  It would rarely make sense for the average person to move to any other state in the United States to get a divorce.

A divorce can only happen in the state you got married.

This is not true.  We have helped clients get divorce in Georgia that were originally married in all fifty states, and several countries all over the world.  In Georgia, for one of the spouses to be able to file for divorce, there is a six (6) month residency requirement, meaning that at least one of the spouses had to be a legal resident of Georgia for at least six (6), and is still a resident of Georgia when the case is filed.

If you get a smaller property settlement, you don’t have to pay child support.

It is important to remember that child support and property settlements are a totally different issues under Georgia law.  The court uses different methods to determine child support payment as opposed to the division of marital assets (and debts).  Simply because the non-custodial parent may chose to receive a smaller property settlement than they would normally get, does not mean that the court will reduce or eliminate they child support obligations.  However, in the context of a Georgia uncontested divorce, it is not uncommon for parties to often agree to reduced child support amounts.  In addition, Georgia courts will often approve these child support agreements so long as they are reasonable.  It is imperative that an experienced Georgia divorce attorney help prepare these child support agreements due to their complexity.

Property in my name only will not have to be divided in a Georgia divorce.

This is not always true, if one of the spouses puts the house in their name but live there with the spouse, that might make it to be considered marital property.  Also, if the house is paid for using marital money, then that means that the other spouse may receive interest. It is important to remember that most property acquired during the marriage is subject to be divided between the spouses.  However, there are execptions such as inheritances, some trust accounts, and property acquired (and kept separate) before the marriage.

The engagement ring and the wedding bands need to be divided fairly.

This not true, the engagement ring is considered to be the property of the wife and since wedding bands are a gift between the spouses they usually don’t end up being divided.

Winnings from a lottery need to be divided between the spouses in a Georgia divorce.

Yes, usually.  It is has been stated by the courts that any prizes won by either spouse during the marriage are marital property and thus subject to be divided between them at the time of divorce, regardless of who purchased the winning ticket.  There are some exceptions, and we have helped a few clients that had significant lottery winnings avoid dividing them as a part of a divorce.  So if you have lottery winnings and are facing a divorce, we recommend that you speak with an experienced Georgia divorce attorney as soon as possible.

All contested divorces have to go to a trial in Georgia.

This is not true; the actual number of divorce cases that need to be heard in open court is minimal.  If an attorney is involved, odds are that are trying to reach a settlement without having to go to court.  Even if a hearing is required for a settled divorce case in some Georgia counties, the hearings are usually very brief and not always even held in an actual court room.

A divorcing spouse can always count on alimony.

This also untrue, in most cases alimony is not awarded at all.  Alimony is normally awarded to the spouse that had no job during and was the caretaker for the family, or if one of the spouses has been out of the workforce for a very significantly amount of years so that finding a job will be a difficult task.  In many Georgia divorce cases, the party that is counting on alimony as a part of their divorce will usually have to adjust their expectations downward in the end.

Divorce guarantees resentment between the spouses.

This is not necessarily true. If both spouses can cooperate and come to mutually beneficial agreement or if both of them agree that a divorce is the best choice then odds are that they will not be bitter towards each other. If one of the spouses is making the divorce an unbearable headache, it is natural for resentment to set in.  However, it has been our experience that the vast majority of divorcing parties to not hold a grudge or have feelings animosity regarding their ex-spouse as time passes.

Children make a marriage better and help it last.

This is one of the most popular myths. In reality, the marriage lasts and thrives when the spouses put each other first. If a spouse feels that the other spouse is losing interest in them that may cause certain emotions to grow. The belief that having a child will reaffirm the spouses love for each other and even if that love is no longer there, the parents should stay together for the sake of the children is a thought from the past.  However, the arrival of children who are welcomed by their parents probably makes a strong marriage better. But the patter of little feet in the lives of a couple who think the child will do for them what they cannot do for themselves is often a preliminary to divorce.