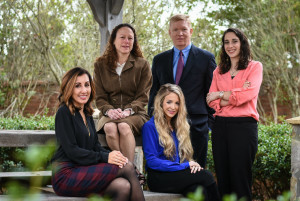 In Georgia, legal name changes can be for either an adult or a minor child.  People frequently ask our attorneys what is an allowable reason to change your name in Georgia.  Georgia law allows name changes for any reason so long as a name change is not being used to commit fraud or hide from creditors.  There are rare instances where name changes have not been granted due to obscene words being chosen for the name, but these instances are not common in Georgia courts.

Adult name changes only need to be requested by the adult wishing to have their name changed.  The petition is usually titled as a Petition to Change Name of an Adult. The petition does not require a Domestic Relations Financial Affidavit (as with most other types of domestic cases) or the personal service of any other person, including a current spouse.  Publication of a notice of the requested name change for four (4) consecutive weeks in the county’s designated legal news paper is required.  Sometimes a name change can be accomplished without the petitioner having to ever go to the court.  However, it most cases the petitioner will have to go to the court or attended a video conference to obtain a copy of the name change order.  This is usually a very quick and uneventful process.

The court has broad discretion in deciding whether to grant or deny a name change.  Generally though, anyone can change their name to anything, so long as it is not for a fraudulent purpose, or if the name requested is deemed to be confusing, very offensive, or harmful.  Other reasons the court might deny a name change include procedural errors and improperly filed court documents.  However, the vast majority of name change request and granted with no problem.

All of the reasons above are legitimate and acceptable reasons in Georgia to request and obtain a name change. See O.C.G.A. § 19-12-1 >>

Adult Name Changes In a Divorce

Changing the name of a minor child is very similar to changing the name of an adult.  Publication for four (4) consecutive weeks in a legal newspaper is still required.  However, if both parents are still alive, both parent’s will need to file the petition jointly, or one parent will need to have the other parent officially served with and/or consent to the Petition for Name Change of a Minor Child.  There are exceptions to the other (or both) parents needing to be served; if the child was born to unwed parents and the father is not legitimized, then notice of the requested name change is not required if the other parent cannot be found for service (usually the father).

If a child was born during a marriage, or the biological father is legitimized, the father’s written and signed consent will usually be required for a name change for a minor child to be approved by the court.  If both parents are married, then they can file a joint petition for their child’s name to be changed, or either parent can file the petition and the other parent will just need to sign a notarized consent to the name change.

Although not common, the name change of a minor child can be requested by a person other than the parents, such as a grandparent, step parent or foster parent.  If this is done, both parents will need to be served with the petition.  Usually, only the consent of both parents is required for a name change of a minor child; however under Georgia law there are clearly outlined exceptions as stated below:

The reasons given for the name change of a minor child usually include:

All of the reason above are legitimate and acceptable reason in Georgia for a name change of a minor child. See O.C.G.A. § 19-12-1 >>

You should visit the Department of Driver Services and obtain a new driver’s license showing your new name.  You will need to present a copy of the court order granting your name change.  If you are also changing your address, you will also need to provide proof of new residence (such as a utility bill).  You should be prepared to have your photograph taken again for your new driver’s license.  Depending on when your license was last renewed, you may have to pay a fee.  It is best to have cash available to pay this fee in case your check or debit / credit card is not accepted.  As of 2013, there have been many new changes to the law governing the obtaining and renewing Georgia Driver’s Licenses.  Therefore, we recommend check with the Department of Driver Services (http://www.dds.ga.gov/) regarding fees and other forms of identification that may be required.  However, you will usually need to updated your Social Security Card before you can update your Georgia driver’s license.

After you have changed your name on all of your legal documents and forms of identification (ID), you should contact your credit card providers, banks, subscriptions and service providers to update with your new name.  Many of them will be able to make the name change and update their records over the phone.  However, some banks and service providers may require that you appear at a local branch or office and provide copies of your new ID(s) and a copy of the court order granting your name change.

Call 770-609-1247 or use the Email Submission Form Below.  Weekend and Evening Appointments and Consultations Available.

Our main office is located in Alpharetta Georgia at: 5755 North Point Parkway, Suite 51, Alpharetta, GA 30022.  We also have offices conveniently located at:

Copyright © 2022 | Coleman Legal Group, LLC | All Rights Reserved. Coleman Legal Group, LLC • 5755 North Point Parkway, Suite 51 • Alpharetta, Georgia 30022 • 770-609-1247 DISCLAIMER: The information you obtain at this site is not, nor is it intended to be, legal advice. You should consult an attorney for individual advice regarding your own situation.