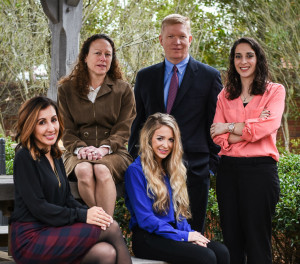 So what is a Georgia Postnuptial Agreement?

Some call it an agreement in anticipation of divorce, some have used it to save troubled marriages, and some find that coming to a legal agreement after a marriaage is less stressful than facing uncertainty in the event of a divorce.

Here are some examples where a Georgia Postnuptial Agreement can make a marriage stronger:

Many couples who choose to sign a Postnuptial Agreement already have a prenup in place but need to make changes due to a significant change in finances. These changes can occur several times as the marriage progresses and financial circumstances continue to shift.

Most business owners should consider a Postnuptial Agreement since a divorce could seriously threaten the financial health of the business as well as adversely affect outside partners and investors.

In many marriages, fights about finances cause the greatest strain on the relationship. Having a mutual financial agreement in place can help alleviate fiscal considerations and burdens and in turn strengthen the marriage.

Some couples use a Postnuptial Agreement as resources to help manage a straying husband or wife. While the question of whether this will help resolve the issue remains open and is specific to the couple, it has helped people feel more in control of the situation.

If you are thinking about entering a Postnuptial Agreement with your spouse, understand that the process is not as simple as putting pen to paper and deciding who gets what in the event of a divorce. In Georgia, for this agreement to be legally sound and enforceable, both parties should have individual legal representation and must provide full disclosure of their financial situation (no secret bank accounts!) and the contract should be reasonably fair to both parties.

In any case, you should discuss the possibility of a Postnuptial Agreement openly with your spouse since they may feel that it would be a good idea as well. As the stigma of these agreements fades, more and more people are realizing that they can be beneficial to your relationship and thus result in a longer-lasting, healthier marriage. As the old adage says, plan for the worst, hope for the best.

O.C.G.A. § 19-3-60 (2010).  Marriage as Valuable Consideration for Contract: Marriage is sufficient to supply consideration to create a binding contract, but a spouse cannot contract to incapacitate themselves from paying any existing debts.

O.C.G.A. § 19-3-61 (2010).  Effect of Minority of Party to Contract: A marital article is not invalidated if the parties to the contract are minors, so long as they are of legal age to marry.

O.C.G.A. § 19-3-62 (2010).  Marriage Articles: This section defines the term “marriage articles,” as used in other code sections in the article. Marriage articles is defined to mean any antenuptial agreement between the parties to a marriage contemplating a future settlement upon one spouse. It goes on to explain when marriage articles can be enforced and by whom. It further states that an agreement which needs no future conveyance to effect its purposes, is an executed contract and does not come under this definition.

O.C.G.A. § 19-3-63 (2010).  Construction and Attestation of Contract in Contemplation of Marriage: Prenuptial agreements are to be liberally construed to effectuate the intent of the parties. Lack of form or technical expression will not invalidate the contract. Additionally, two witnesses are required.

O.C.G.A. § 19-3-64 (2010).  Voluntary Execution of Agreement; trust deeds: Authorizes a spouse to convey property to the other spouse during the marriage, either by marital article, through trustees, or direct conveyance to the spouse.

O.C.G.A. § 19-3-66 (2010).  Prenuptial Agreements Executed in Favor of Volunteers: States that marriage contracts are enforced at the instance of all persons in whose favor there are limitations of the estate. “Marriage articles shall be executed only at the instance of the parties to the contract and the offspring of the marriage and their heirs; but, when executed at their instance, the court may execute also in favor of other persons and volunteers.”

O.C.G.A. § 19-3-67 (2010).  Record of Marriage Contracts and Voluntary Settlements: Marriage contracts and voluntary settlements made by spouses, regardless of whether made in execution of marriage articles, must be recorded in the office if the clerk of the superior court of the county of the residence of the spouse making the settlement within three months of execution.

We have offices conveniently located at:

Copyright © 2022 | Coleman Legal Group, LLC | All Rights Reserved. Coleman Legal Group, LLC • 5755 North Point Parkway, Suite 51 • Alpharetta, Georgia 30022 • 770-609-1247 DISCLAIMER: The information you obtain at this site is not, nor is it intended to be, legal advice. You should consult an attorney for individual advice regarding your own situation.